Not sure about your Infiniti QX56 tire size? Use the following chart to find information on tire size, speed rating, and inflation.

* Note: these models have different tire sizes depending on vehicle options.

Shopping for tires can be overwhelming, but not when you're equipped with the right information. That's why you should head our way when it's time to put new tires on your  2010 Infiniti QX56. Firestone Complete Auto Care is the place to go for Infiniti tires in all sizes, for all seasons. Whether you want a tire that's built to take tight corners, handle diverse terrain, or improve fuel-efficiency, you'll find the right tires for your vehicle and budget.

View Infiniti-recommended tires for your 2010 QX56, plus important information about Infiniti QX56 tire size, speed rating, and tire pressure. Take it from one of our tire technicians, Brianna: "You want to find the correct size for your tire. It matters in alignments and keeping your vehicle driving the way it’s supposed to.”

Apart from finding the right tire size, you also want to consider a handful of other factors when buying new Infiniti QX56 tires like how and where you drive, and how much you want to spend. If you live in south Texas, you probably won't want to buy studdable snow tires. Somewhere like Colorado or even Kansas is a different story. You may want to invest in a set of Infiniti QX56 snow tires for one part of the year, and all-season tires for the rest of the year.

When thinking about your driving conditions, consider where you live (mountains vs. city vs. countryside) and the kind of weather can catch you off-guard. (Watch out Tornado Alley!) Drivers in states that fully experience all four seasons often buy two sets of tires: one for summer and one for winter. It's one of the best ways to maximize their Infiniti QX56's safety and performance from January to December. Other drivers buy one set of all-season tires instead. That way they don't have to return to the tire shop and their vehicle is always ready for sun, rain, and light snow!

Next, consider your driving style. Do you like taking your Infiniti QX56 far away from civilization? Hitting the road less traveled? If you're an avid off-roader who yearns to pioneer new paths, you have very different tire needs than a highway commuter who doesn't hit the hills very often. You'll want strong tires that can take on gravel, sand, stone, and dirt. You might even want a bigger tire with stiffer sidewalls and a wide tread pattern to help prevent punctures and maintain stability in irregular road conditions. But if you're comfortable in the city and suburbs, a Infiniti QX56 tire that offers low rolling resistance for better fuel efficiency might be exactly what you want. Visit your local Firestone Complete Auto Care for help selecting the tire that's right for you, or get started by browsing tires that fit your vehicle. You're only a click or two away from a new set of 2010 Infiniti QX56 tires.

Firestone Complete Auto Care has plenty of good Infiniti QX56 tire brands for you to choose from. Firestone and Bridgestone are two popular brands. Infiniti QX56 Firestone tires are tires you can count on. Harvey Firestone founded the Firestone Tire & Rubber Company in Akron, Ohio in 1900. He was a passionate inventor from the get-go. Firestone saw a future in automobile tires, so he started making and testing farm, truck, and passenger tires. Fun fact: in 1908, Firestone's company introduced the first all-rubber, non-skid tire! Thanks to Harvey Firestone, Firestone Tires has been committed to staying ahead of the curve since day one. Firestone is now one of the largest tire manufacturers in the world with 8,000 different tires for a variety of vehicles — including the 2010 Infiniti QX56.

Bridgestone is another smart move for Infiniti QX56 tires. Bridgestone Tire Company Ltd. was founded by Shojiro Ishibashi in Japan in 1931 and merged with The Firestone Tire & Rubber Company in 1990. Bridgestone Tires now has more than 50 production facilities and 55,000 employees throughout the Americas! The company remains an international leader in tire and rubber technology, providing exceptional service, tires, and more to drivers around the world. In the words of founder Shojiro Ishibashi, Bridgestone is dedicated worldwide to "serve society with superior quality." That means you can buy superior quality Bridgestone tires for a 2010 Infiniti QX56 and drive with peace of mind!

Firestone Complete Auto Care installs more tires on more cars than most other companies. We're your one-stop shop for tire installation, rotation, and ongoing maintenance! We make it easy to buy new 2010 Infiniti QX56 tires online and book an installation appointment at the same time. Many stores are open on Saturday and Sunday for your convenience.

Recommended Tires for Your 2010 Infiniti QX56

What tires are best for a 2010 Infiniti QX56? The following tire brands and types are a great fit for your Infiniti QX56. 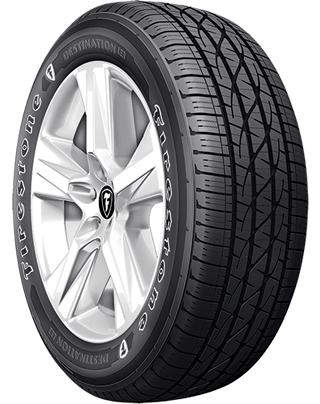 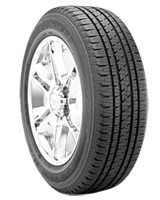 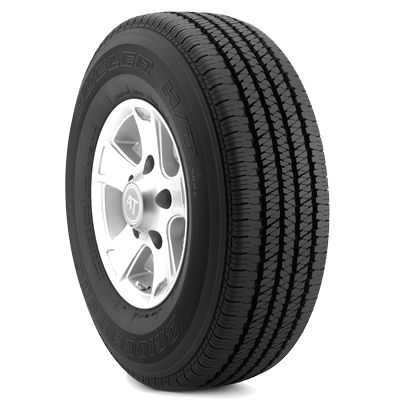 Inspecting and caring for your tires is one of the best ways to help them last. Get answers to common Infiniti QX56 tire questions and learn how to care for new tires.

Infiniti QX56 Tires Are Around the Corner

Turn to the tire experts. Buy Infiniti QX56 tires online for our lowest prices. Discounts and deals are automatically applied.